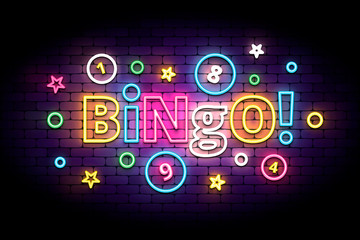 Before you turn up at a bingo game and take your place among the pros, it might be a good idea to arm yourself with some cold hard facts. You should know whether you’re playing a 75-ball or a 90-ball variant and what strategies will yield the best results. Impress other players with your knowledge of the history of the game and back up your arguments with a couple of impressive statistics. With our extensive list of interesting bingo facts and stats, you’ll feel right at home even if you’re only just starting out.

1) Let’s start at the very beginning: Italy, circa 1530. That’s where this great game began. Yes, bingo is older than pizza.

2) The name of the game’s inventor is written on one of the many lost pages of history. All we really know now is that bingo is a descendant of the 16th-century Italian lottery game Il Gioco del Lotto d’Italia. In the 1770s it was picked up by the French, who called it Le Lotto – not to be confused with the modern lotto game.

3) Bingo as we know it today is derived from a 1920s county-fair game in the United States. A stall run by Hugh J. Ward featured a game called beano, which was very similar to the bingo we play today except that players used beans to cover the numbered spaces.

4) The design of the standard bingo card and the most significant effort to propel the game to global popularity came from New York toymaker, salesman, and game entrepreneur Edwin S. Lowe. After seeing the game at carnival circuits, Lowe re-created it at home and played it with his friends. The game was well-received, and Lowe quickly decided to begin producing a boxed edition to sell across America.

5) Early versions of the game consisted of a 12-card set and 24 cards. Lowe eventually hired a Columbia University math professor, Carl Leffler, who created more than 6,000 distinct bingo cards. According to an urban legend, the process drove Leffler insane.

6) Another fun bingo fact concerns the origin of the game’s name. One of Lowe’s friends was so excited about winning she yelled “bingo!” instead of “beano.” The name stuck.

7) In Great Britain, the game was initially called housey-housey. It’s now known as bingo throughout the UK, but you might still hear the word “house” used to describe a bingo win.

8) One of the more peculiar bingo facts is the game’s connection to education. In 19th century Germany, teachers used the game during lectures. They figured out ways to teach children about multiplication tables, spelling, and even history through bingo.

9) Bingo goes by many different names around the world. In India, it’s tambola. In Quebec, it’s kinzo. Chinese bingo players refer to the game as dáduìle. A Mexican variation is known as lotería. And in many European countries, locals call it tombola.

10) There are a number of similarities between British bingo and the American version of the game, but the two are worlds apart when it comes to tickets and numbers.

11) The British version plays with 90 balls numbered from 1 to 90. Players use tickets with three rows and nine columns with 15 numbers on each ticket. This is the most popular version throughout Europe.

12) In America, bingo is most often played with 75 balls on boards with five columns of five numbers. The columns of the card are headed B-I-N-G-O.

13) Bingo cards are called bingo tickets in the UK and throughout Europe. In many halls, you can’t buy a single ticket. You must buy a strip of tickets. Most halls prohibit you from playing more than six strips at a time.

14) Most bingo places and online lobbies have separate prizes for filling out one, two, and three rows. Completing all three rows on a British ticket is called a full house. Depending on where you’re playing, you might properly call out “bingo!” for each row.

15) American bingo can be played in many different patterns. Sometimes you’re required to fill squares that make a design instead of a column, row, or diagonal lines. Each space in the grid of the American version contains a number except for the middle square, which is designated as a “free” space.

16) Scotland has the greatest number of bingo enthusiasts in the UK. Apparently, one in five Scots plays it regularly.

17) Players employ lots of strategies and good-luck rituals. It’s more than a game to them – they don’t play bingo for fun, or at least not exclusively for fun. Everything from the seating arrangement to the color of the dauber is important. One of the most common rituals is to walk around your chair three times before sitting down. Some people probably do this when playing online, too.

18) In bingo halls, it’s often a lot cheaper to buy batches of tickets instead of just a couple. This is especially true if the venue offers mechanical cash bingo because you can buy sets of up to 24.

19) One of the big no-nos in the world of bingo is shouting out “bingo!” when you didn’t actually win. So be sure to double-check your numbers before jumping out of your seat.

20) In the UK, the National Bingo Game is played every single day except Christmas in more than 600 licensed bingo clubs. Windfalls are common in UK clubs. Players can win bonus cash prizes if they get a bingo in a certain number of calls or on a double digit number. During televised bingo games, players can win cars and other big prizes.

21) The rhyming phrase “bingo lingo” was coined by British players to describe rhymes for each number from 1 to 90. But the lingo has become a lot less popular since the introduction of electronic and online bingo.

22) Margaret is statistically the most common name of a bingo winner. Perhaps this is the perfect time for a name change.

23) Nevertheless, the game itself remains highly popular, even among celebrities. One famous example involves Hollywood actress Catherine Zeta Jones, whose father supposedly used his bingo winnings to pay for her acting classes. Hollywood heavyweight Russell Crowe used to work as a caller for bingo games before his acting career took off.

25) Bingo is one of the most popular games at fundraising and charity events. The first recorded charity games were played in 1930 at weekly fund-raising events played in the basement of a Catholic church in Wilkes-Barre, Pennsylvania.

26) The largest bingo game ever played in one location involved 60,000 players at a New York venue. The event attracted so many players the organizers had to turn away 10,000 people at the door.

27) Meanwhile, bingo in the UK is used to relieve stress and anxiety while serving as a tool to boost one’s mental abilities. Many bingo aficionados play the game at home in their pyjamas. These are among many bingo fun facts you might not hear everyday.

28) Studies show that playing bingo can keep you mentally sharp and agile. It’s like regular workout for your brain.

Bingo in the Internet Age

29) The first website for online bingo launched in 2001 and immediately became a huge success.

30) The online version of bingo doesn’t use numbered balls. Instead, a random number generator spews out the numbers.

31) Most sites for playing bingo online display the number of players in a session. Serious players use this information to formulate a strategy. Your chances of winning are better in a room with few players.

32) Online bingo rose in popularity after the coronavirus epidemic. Because many sporting events were cancelled, many betting enthusiasts turned their attention to online games like bingo. Nowadays, there are dozens of new sites being launched every month.

33) For many players, bingo is a way to socialize and meet new people. That’s why bingo sites often have a chat window. Some people say they have found the love of their life in a bingo chat room.

34) Online bingo is much faster than the traditional game. On average, you won’t have to wait more than five minutes between games. Many new gambling venues make sure you have plenty of other casino games to play while you wait.

35) According to recent data, mobile bingo sites are the most popular option for bingo enthusiasts. Most websites now offer dedicated apps that ensure high-quality user experience.

36) An average game lasts between three and six minutes.

37) Some games require players to respond to numbers called out at a rate of 23 per minute.

38) The record payout in the UK National Bingo Game is £1.1 million.

40) Every year, British players wager £1.1 billion on bingo online or via the National Lottery.

41) The National Bingo Game distributes more than £1 billion in prizes per year.

42) Americans spend about $90 million on bingo each week.

43) One of the more unusual bingo facts is that Margaret is the most common name among female bingo winners.

46) Women gamblers account for 83% of all online bingo players.

49) 50% of all online bingo earnings come from UK players.

The game’s history can be traced back to Italy in the 1530s. Bingo combinations were invented in the early 20th century after toy salesman Edwin S. Lowe developed and marketed the first box edition.

What was the original name of bingo?

Bingo was known by many names in the past, mostly Lotto and Tombola. When it arrived in the US, it was called beano because players used beans to cover the numbered spaces.

How do you win at bingo?

The standard rules in the UK require you to get all 15 bingo numbers in three rows of your ticket. This is called a full house. Most Bingo places dish out smaller rewards for players who complete one or two rows or provide an extra incentive for players who get a bingo before a certain number of balls have been drawn.

How does bingo work?

Whether you’re playing 75-ball or 90-ball bingo, it all boils down to one party calling out numbers, either by drawing balls or via a computer, and players marking their tickets. The act of drawing numbers is also called bingo calls. The goal is to mark all of the numbers on a single ticket.

What do you shout at bingo?

If you’re playing in a UK club, you can call house, or if the place is on the quieter side, just raise your hand with the winning ticket. Of course, the best thing to do is shout “bingo!” at the top of your lungs.