Women and Gambling: Why Do So Many Women Play Bingo? 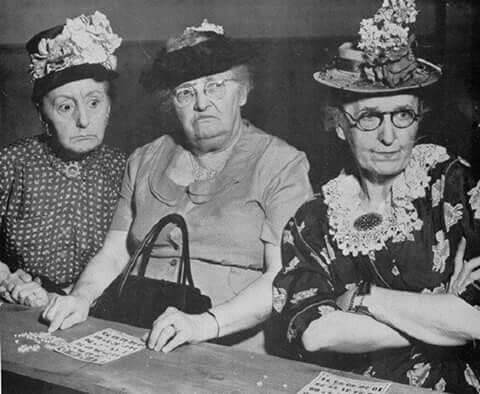 When people think of gambling, they tend to imagine poker, online slots, and dice games. What do these visions have in common? They’re typically dominated by male players.

What’s missing from that vision is the centuries-old association between women and gambling. The difference is that historically, women have preferred games that value socialisation above competition.

Bingo games are the classic example. This fun and highly interactive game is a favourite pastime for women globally, especially on the internet. Indeed, female bingo players account for about three-quarters of the online player base, which raises a question: Why is this game so popular among women? Keep reading to find out.

Women and Gambling: A Brief History

Women have been involved in gambling for thousands of years. There’s plenty of evidence from ancient Greece, Rome, India, and China to show that gambling was almost as popular among women as among men. In fact, the real decline of women’s participation in gambling only started in the 18th century when greater restrictions were placed on women’s role in society.

Another reason for the decline was the growth of professional casinos. These establishments marketed gambling almost exclusively as a hobby for men. The rationale was twofold. First, in many places there were restrictions on women that prevented them from going to casinos. The other factor was that men generally earned much more than women.

It’s at this point that we see a real divergence in gambling preferences between the genders. Social betting games like bingo could be played at home or in a close community with small amounts of money. Given the socioeconomic conditions at the time, bingo naturally became a favourite among women of that era – and remains so to this day.

Three Reasons Bingo Is So Popular With Women

The gambling scene is much more welcoming towards women today than it was a few centuries ago. So why does bingo remain overwhelmingly the most popular betting game for women? Here are three reasons.

Even though other betting games have become more accessible, there’s already an established global community of female bingo players. It’s no surprise that this makes bingo far easier to learn and get into for women than traditionally male-dominated gambling games. The historically disproportionate representation of women in bingo is also the reason the game is still primarily advertised towards them, cementing the trend even further.

Women’s Bingo, Through and Through

The rules and format of any game, as well as the culture around it, evolve over time. Modern bingo venues are designed primarily for female players, just as blackjack and craps are for men. The ambience of the modern game is chatty but never loud – more geared towards socialising than winning. The general atmosphere is calm and relaxing rather than aggressive and competitive – all qualities that women tend to value more than men do.

The Rise of Online Casinos

The growth of online gaming has brought with it both great convenience and a safer outlet for women to engage in the social and competitive aspects of gambling. You no longer have to reserve a time for your bingo night – just open an app on your phone and instantly connect with players from all over the world. Dedicated chat rooms play a major part in the appeal of online bingo.

You can even set your tickets to be marked automatically so you can focus more on your discussions than gameplay.

Affordability is another advantage, with tickets on bingo sites and apps costing as little as a penny in some cases. A few advertising-supported sites allow you to play bingo with no deposit at all.

Is bingo purely a game of luck? Not quite! There are a few tips and tricks you can learn to improve your chances.

If you just want to socialise, a crowded game can be nice. But if you want to improve your odds, aim for games that have fewer players. Ideally, you should go for one that has enough players to make the jackpot worthwhile, but not so many that your chances of winning are very slim.

You’re more likely to remain focused and play intelligently if you put a cap on what you’ll allow yourself to spend. This way, you’ll also avoid going overboard with your tickets.

If you don’t like the numbers on your tickets, don’t be afraid to exchange them. This isn’t a mathematically sound strategy, but it might help you feel better about your game.

Keep Calm and Bingo On

Many predicted that the growth of online bingo would lead to a rise in gambling addiction among women. However, both GamCare and the National Problem Gambling Clinic have yet to classify this as a significant issue in their extensive research on women and gambling. The reason for this lies in how bingo is conceptualised. It is seen more as a harmless bit of fun to pass time than a heavily engaged form of gambling. Since the stakes are never that high in the first place, winning or losing never has the same effect on one’s mind as “hard” betting games do.

Since it is a game of chance, yes: Bingo is rightly classified as a type of gambling. Nonetheless, it is considered a “soft” form of gambling (like coin pushers and teddy grabbers), with many jurisdictions seeing it legally as a social activity first and a game of chance second. As a result, compared to other forms of gambling, bingo is subject to very few restrictions, including in the UK.

In the UK, the general rule is that you have to be 18 or over to play bingo. The exceptions to this are bingo games that have low stakes or are non-commercial, in which case the legal age is lowered to 16. Similar laws apply across the pond in many jurisdictions within the United States and Canada.

While it’s certainly true that there are many more female bingo players, this doesn’t mean male players are non-existent. Many men like to play bingo, just as women like to play blackjack and poker. There are no gender restrictions on these games, nor should there be. Furthermore, among older generations who still play in physical bingo halls, the game is widely loved by both men and women.

Who are some famous female bingo players?

A lot of famous female figures love bingo, including Catherine Zeta Jones, Denise Van Outen, Kate Moss, and the head of the Commonwealth herself, HM Queen Elizabeth II. Indeed, the link between women and gambling is much stronger than you may have realised.