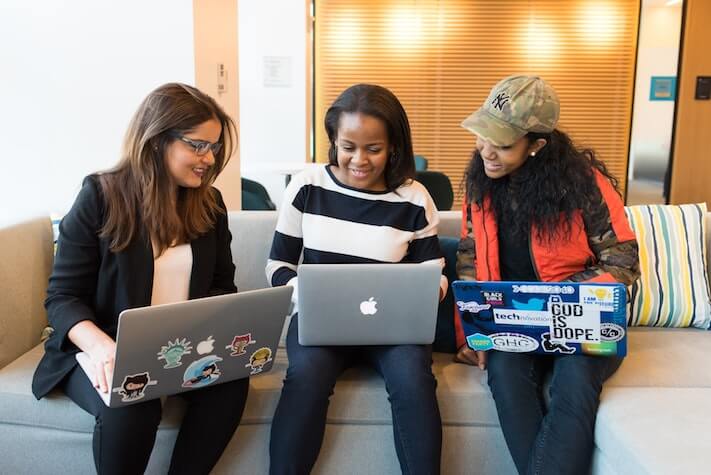 Bingo is incredibly fun. Even if you can’t make it to your local bingo hall for some socializing, there are plenty of virtual alternatives. These new bingo sites are even capable of pulling introverts into the fast-paced game.

Today, bingo chat games are becoming increasingly popular. The games differ depending on the site you choose but social interaction is the key ingredient. Read on to find out more about these games and how you can join the fun.

What are Chat Games?

Bingo players are chatty. That’s why chat rooms at bingo sites enrich the overall experience and it’s why we at BestBingoUK love playing this game online. These virtual rooms are designed to simulate the atmosphere at a physical bingo hall. In addition to providing bingo hosts, they offer ways to strike up a conversation with fellow players, also known as roomies.

One of the ways the hosts keep the conversation going during bingo chat room games is through fun activities that the bingo caller announces and launches in chat. This can be a quiz or a small bonus that players can score under certain conditions. When the game starts, the rules are explained and the prize is announced. It’s usually something symbolic, like £2-£5 in free bingo credit, but nonetheless a good incentive to play a bingo chat game. Some sites may ask you to make a minimum deposit before joining a chat game while others require an active bingo ticket.

The frequency and variety of these games depends entirely on the site you’re playing at. Some have the games running 24/7, while others target peak hours or specific time slots. Depending on the game, you’ll be required to enter a specific code in the chat to join the fun, so pay special attention to the moderator’s instructions and the site’s rules on chat games.

There are many different types of bingo chat games. When you join a bingo room, you’ll have a nice selection to choose from. These can be games akin to Trivial Pursuit, classic games of answering questions where the fastest player to correctly answer wins. They can also involve letters and numbers, usually taking players’ usernames into account. Oftentimes the bingo site will have thematic chat rooms, letting players know in advance what to expect even before starting a game of bingo. We’ve gathered all the fan favorites with tips on how to play them.

Everyone likes a good quiz. Whether it’s quiz night at your local pub or a TV show, they offer a fun way to test your general knowledge, challenge your friends, and win some neat prizes. Unsurprisingly, trivia is incredibly popular in bingo chat rooms.

Trivia games and mini quizzes are played alongside ongoing bingo games. The categories include everything from pop culture (film and TV mostly) to geography, history, and even politics.  Bingo players tend to flock to rooms with trivia games, paving the way for fierce competition. Fast typists have the upper hand.

While quiz games test your knowledge in areas not related to the ongoing bingo game, the numbers chat games are based on bingo. They come in several flavors but are always directly tied to the current bingo draw. Here are some of the most common games:

There are other numbers games, like guessing the first number ending with zero (eggs up), variations of the birthday game, or other games involving dates. Hosts usually pick the aforementioned games as they’re the most popular and generally don’t have multiple winners.

Bingo is a game best played with friends. That’s why online bingo chat rooms have such a strong emphasis on community. Even if you forgot to bring your friends along for a game of online bingo, you can still enjoy buddy games. These require you to pair up with a roomy in your chat room, encouraging interaction and boosting your chances of winning. In a buddy game, if your roomie wins a jackpot, you win a prize, too. There are several ways to pair up fellow players during buddies bingo games:

Of course, these aren’t the only games you’ll encounter in bingo rooms. Just like there are different bingo games, the variety of chat games never ceases to impress. Everything goes here as long as it can be tracked during the game of bingo, or typed in the chat room. Here are just some of the games we’ve encountered at bingo sites so far:

Again, variety is key. It’s very common for sites to run thematic or seasonal games. For example, during Valentine’s week, all games revolve around romance and romantic comedies. Likewise, when a new TV show hits the airwaves and becomes popular, bingo room games are likely to adopt some of its characteristics. In short, anything that’s popular with the general public can be adopted to enhance promotions on bingo sites. This also makes for a great conversation starter with your bingo buddies.

How do you win at bingo?

To win at bingo, you’ll need to mark all the numbers on your bingo card. For example, the 90-ball bingo is played with cards that have 15 numbers on three lines. Some bingo sites offer smaller rewards for completing one or two lines, but only the full card counts for the jackpots.

What is the best online bingo chat game?

Some of the best and most popular games you’ll find at chat rooms include bingo karaoke, celebrity trivia, up-down buddies, and first/last ball out.

What bingo games can you win real money?

You can win real money with pretty much any game at a bingo. Even if the room is a free bingo room, the site still gives out cash rewards. Just be sure you’re not playing a demo game since that doesn’t involve real cash.