The Different Bingo Games of the World 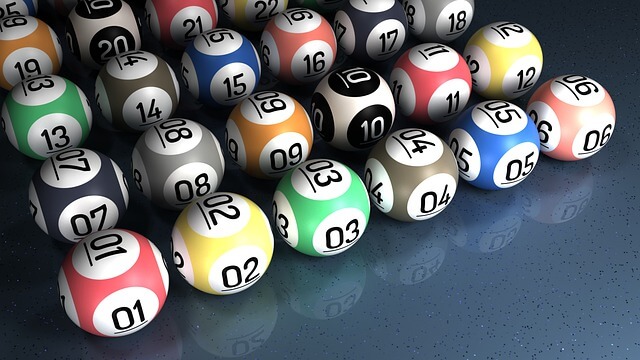 Playing bingo sounds as straightforward as can be: Numbers are called out, you mark them on your card, then suddenly someone shouts “Bingo!” and they win. While those are the absolute basics of the game, that doesn’t mean there isn’t a certain level of variety to make things a little more complicated.

You see, there are different bingo games played around the world. Some of them are classic bingo games, like UK and American bingo, while some can only be played over the internet. It’s not just the number of balls in play that changes. The style of cards and winning patterns greatly vary, too. If you plan on going out to bingo nights, these are the essentials you should know. You don’t want to look like you’re playing lotto instead of bingo, so keep on reading to find out all the nuances of this classic game of luck.

Bingo has come a long way since its inception. What was once a carnival game can now be a whole event, even worth a night out. Folks get to hang with their friends, meet new people, and share their love of bingo. Best of all, they might get to score some prizes, too. As you probably know, you can also play bingo on TV and over the internet – even on your smartphone while commuting. With so many people playing the game, some variations had to be introduced to keep things fresh. Bingo games vary either by the number of balls in play or the patterns players need to mark on their cards to win.

When you mention bingo to a Brit, this will be the kind of game they think of. A classic, timeless game popular in bingo halls, on live television and, of course, the internet. This is the original bingo variant, dating back to 16th century Italy; it’s come a long way since then, and today it’s usually called “UK bingo.”

Bingo cards for the 90-ball contain 15 numbers in three rows and nine columns. They’re usually sold in six-card strips, and purchasing a whole strip covers all 90 numbers. A full house requires you to scratch all the right numbers on a single card, but bingo places usually reward one-line and two-line combinations, too.

Players that can’t decide between European and American-style bingo should go for the 80-ball option. Something of a middle ground between the two, this game is specifically designed for online play. The cards contain 16 numbers in a four-by-four square. Each column is marked with a different colour – red, yellow, blue, and silver – so it’s distinguishable from the rest of the games. It even features more ways to win than usual: A single-line win can be scored horizontally, vertically, or diagonally, and so can two- and three-line combos; there’s also a four-corner win if you get the numbers in the corners. Of course, filling out the whole card with the correct numbers is still a full house.

What 90-ball is for the British crowd, 75-ball is for the bingo players across the pond. Here, the numbers on the bingo card are laid out in a square five-by-five pattern, with one letter from the word B-I-N-G-O at the head of each column. That’s not just for show – in most bingo halls, the announcer will call out the letter along with the number to help players locate their numbers faster. The centre field on the card can be a free space, which always counts as if it’s scratched, a special number, or it can be empty, adding further variety to the game.

Winning in the American bingo games means something slightly different compared to those played on the old continent. For example, a single-line bingo win is actually a rarity. Instead, you’ll need to mark two lines in any direction, including diagonals. Another common winning condition is getting both diagonals, creating an X-pattern on your card. If a player fills out every single number on their bingo card, that’s called a total blackout and rewards the biggest payout. The layout of cards in 75-ball games allows the hosts to mix things up from time to time, adding winning combinations for different shapes, corners, or letters of the alphabet.

This variant was a bit late to the party and it’s definitely the quirkiest of the bunch. The 60-ball option has only recently risen in popularity, mainly thanks to websites where you can play bingo online. Instead of a standardised card pattern, each virtual hall that hosts this option puts its own spin on the game. For example, you might get to purchase different-coloured tickets with a different number of spaces (so long as it’s divisible by six) on them; the game doesn’t stop until a player gets a full house on their biggest card, which usually has 18 numbers on it.

Among the many different bingo games, 60-ball is the least prominent one, as having to re-learn the game every time they change where they play bingo games can be a little taxing on new players. What’s more, it seems as if every site is racing to customise the game. On the other hand, veteran players usually have a preference, bingo rituals, and whatnot, so they typically don’t bother experimenting with games out of their comfort zone. The upside of this is that there aren’t usually many players in 60-ball rooms, so your chances of winning are greater.

The fastest of the bunch, a sort of “blink, and you’ll miss it” type of game, 30-ball games have the smallest number of balls in play and only one winning combination. This incredibly fast-paced type of bingo is a favourite among players that crave non-stop action or just want to squeeze in a game or two before the big 90-ball draw starts. It’s also one of the most common variants of mobile bingo, as the speed of playing is suitable for when you’re on the go. To win, you need to mark nine numbers in a three-by-three grid. Jackpots usually start at 20 numbers drawn, and getting a bingo even earlier can net some big winnings. Unlike other bingo variations, it’s doubtful that you’ll encounter this game in live bingo halls, as brick-and-mortar spots prefer to keep things traditional and less hectic. Instead, you’ll need to seek out some bingo sites to play some speed bingo.

No matter where you play a bingo game, online or at a club, or the kind of game you choose to play, there’s always one common thing that connects all bingo players – you’ll all be trying to fill out the winning pattern on your bingo card. Of course, different bingo games come with different rules, cards, and even some homebrew additions, but going for a specific pattern is always the common ground. That is, after all, how you win bingo prizes. Let us introduce you to some of the most common patterns you need to know.

This is the first complex pattern rookie bingo players will encounter. Traditional bingo requires you to fill out just one row to win a prize, but with multiple rows, the game goes on a bit longer. Different kinds of bingo games also introduce columns into play, so in those instances, you can win a multiple-row combination much easier.

Originating from the classic UK bingo, a full house simply means filling out every single space on your bingo card. In clubs, it’s usually not the main requirement to win, but it nets the biggest prize and, when a player calls “house,” the game ends. The situation is pretty similar with home bingo games and playing online.

Let’s get extravagant! Square cards and games with fewer than 90 balls in play allow for corner combinations, and this bingo variation sets the bar for winning very low – you just need to get four numbers from the corners of your card. Now, the odds of those exact four numbers appearing in a draw is something completely different, but we’re not here to talk about maths and probability.

Another pattern you’re likely to encounter when playing American-style bingo and other square-card games is the outer-edge combination. To win, you’ll need all the numbers on the edges of your card to be called, forming a frame. This usually happens in bingo game variations with 75 and 80 balls.

Letters and Other Patterns

Last but not least are the games where players need to match a certain funky pattern. The winning combination can be any shape that can be drawn out with the card fields – a letter, number, smiley face, wine glass, or just some random shape the bingo place decided on for the day. With square-shaped cards, the sky’s the limit. Or the number of spaces that can draw out a bingo pattern, at least.

What are the different types of bingo games?

The most common bingo games are UK Bingo (Housie) with 90 balls, American bingo with 75 balls, speed bingo with 30 balls, and online bingo that uses 80 balls. Additional bingo rules can change these games up a bit, like requiring players to hit specific patterns instead of going for the full house, or introducing different jackpots that carry over each game, so players have an incentive to play multiple rounds in one sitting. The ever-popular Road Trip bingo is a variant of American bingo, for example, as the cards share the same layout.

How can I make bingo more fun?

In our personal opinion, bingo is already tons of fun, and the different types of bingo keep this classic game fresh. That would be our #1 tip – try out different variations of the game. If you’re playing at home or organising a party, you can try making an edible bingo set where players snack on numbers instead of crossing them out. Savoury or sweet, your choice. Speaking of parties, creating a theme for your bingo night is a great way to elevate the atmosphere, as well as introducing your own variants or some unique prizes for the winners.

How many different combinations are there in bingo?

All variations of bingo offer different ways to win, and obviously, introduce a different number of possible combinations. No matter which type of game you play, that number will always be multiple times higher than the number of players and bingo strips purchased. For example, a 75-ball variant has 552 septillion combinations, meaning that even if every person on Earth bought a hundred tickets, nobody would end up having the same card.

How many games are in a bingo session?

In a bingo hall, you can expect at least three hours of bingo fun; typically, you’ll get to play 10-15 games. Of course, different bingo games have varying sessions, but the usual bingo night consists of a few warm-up or low-stakes games, followed by a set of “main event” games, and then a few more low-stakes rounds for the fashionably late crowd. A bingo night is an event, with announcers, intermissions, and music. Of course, when playing online, you can stack as many rounds as you wish, while TV bingo usually has one main game and a few extra games for bonus rewards.