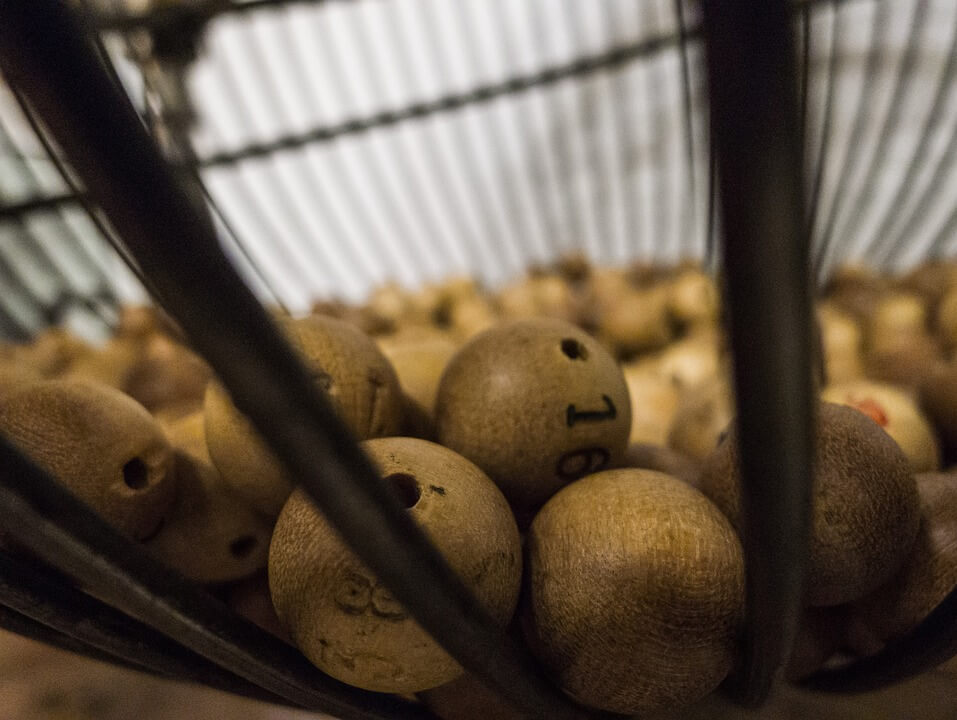 In many homes across Europe, Wednesday nights are for family gatherings around the TV to watch the lotto. A pretty hostess announces the numbers while the tension rises among players, until all the numbers have been drawn. She announces the jackpot, and someone, somewhere is jumping for joy for their £20 million.

There aren’t many games as simple and exciting as lotto. So, a lotto playing guide shouldn’t be too complicated either.

It usually boils down to picking a set of numbers, waiting for the draw, and checking if any of your numbers came up. But, it doesn’t end there – at least not anymore. Modern lotto and new online bingo sites offer numerous additions to the game. You can now play it online, you can try something called “system and syndicate”, or explore a bunch of other neat additions to the original game.

How to play lotto

Your journey starts at the lottery shop or website. There, you’ll purchase a physical or virtual ticket. Some places let you purchase as many tickets as you’d like, while others implement a hard limit, usually at 10 tickets. Other places don’t even charge for tickets, making you pay only for the number of rows/columns you mark.

Once you’ve got your tickets, it’s time to pick your winning lotto numbers. A paper ticket usually has seven lines of numbers. You cross out the numbers you wish to play. Each of the lines is usually referred to as a combination, so each combination you play will be another chance for the upcoming Lotto draw. The number of lines you select also determines the price of your game. For example, if you play 20 lines for £2 each, that means you’ll be paying £40 for that single lotto draw. Of course, lotteries want you to play as often as possible, so they usually offer discounts for playing more lines at a time.

The UK Lottery is also available on the web. You can buy your tickets through various websites and play instantly. Even more, most of them offer multiple draw options and subscriptions. With those, your tickets will be re-entered in the number of subsequent draws and you’ll save even more money. The only difference is that, for multiple draws, you pay for all those entries in advance, while a subscription charges you as the lotto draws go by.

Our lotto playing guide wouldn’t be complete without examining game opening times for different lotteries. There are so many different lotteries today that it can get quite overwhelming tracking when each of them is opening, closing, and at what times the draws happen. So, we’ll quickly go through the most popular ones. All of the times listed are GMT.

The National Lottery – Draws are each Wednesday at 8:00 p.m. and 7:45 p.m. every Saturday. If you miss the live draw, the numbers are published at 9:30 p.m. on the official website and through the mobile app. In fact, you can even scan your physical ticket through the app to check whether you won anything.

EuroMillions – This isn’t an exclusively UK Lotto. It’s played throughout all of Europe, hence why the prizes are in hundreds of millions of euros. You can play it twice a week, with draws taking place on Tuesdays and Fridays at 8:00 p.m.

SuperEnalotto – Another multimillion high-stakes lottery with three draws each week, SuperEnalotto is among the most popular European lotteries. For this Lotto, the draws are scheduled for Tuesdays, Thursdays and Saturdays, each playing out at 7:00 p.m. sharp. This is the official national lottery of Italy, but you can play it from anywhere in the world if you’re 18 years or older.

Powerball – From the other side of the pond is America’s favorite lotto. This is also the lottery with the highest prize ever awarded –  a whopping $1.6 billion. The draws for this lottery play out every Wednesday and Saturday at 7:45 p.m. PT, which is 3:00 a.m. UK time. You won’t need to stay up late, of course, and can check the results through an app.

Let’s dive into a controversy of sorts and spice up this lotto guide. A point of contention among lotto players is the quick pick option. This is the option found on many online bingo sites that allows you to pick your numbers fast and in a completely random manner. For a lot of veteran players, there is a stigma around doing this – it is an instant sign of a rookie who doesn’t put his heart into the game.

Their theory is that the quick pick isn’t so random at all, but instead pulls up the history of previous Lotto winners. That’s why you might’ve seen a Lotto players’ guide or two claiming that quick pick specifically picks the numbers that had the lowest rate of win so far. Also, veterans claim, a quick pick may put you at a disadvantage as a winner, since it may copy someone else’s combination, thus forcing you to split the winnings with a stranger. This has never been confirmed.

The value of Systematic and Syndicate entries

Veteran players employ two interesting strategies that have become a mainstay of many lotteries around the world. First up is Systematic entry, a single form that allows you to include more numbers than normal. For example, EuroMillions is a five out of 50 game, so to improve your odds of winning EuroMillions you can play six, seven, and even 10 numbers on a single ticket. The downside? Playing like this quickly gets very expensive and the biggest system can easily cost hundreds of pounds for just slightly better odds.

On the other hand, you can choose to play Syndicate, which emerged from Lotto clubs where players would join their tickets and then split the jackpot when they win. A modern rendition of this group play strategy is all about buying a share of the randomly generated tickets. Of course, players preferring the traditional route can still play like they used to, mixing in “quick pick” along the way.

The lotto usually has several prize tiers, so even those that didn’t get all of their numbers end up winning something. The tiers usually start at giving you a free go for the next lotto game, either by automatically entering you into the next game if you’re playing online, or making your ticket valid for the next week’s draw. Then, you can expect a few tiers with fixed money rewards with a final tier being the jackpot itself if you can get all the numbers correctly. So, your win can either be a Lucky Dip, £30 or a bigger cash reward. It all depends on how many numbers you matched.

Rules of the National Lottery UK

There are many lotto variants, each with a different pool you pick your winning numbers from, as well as how many numbers you need to match in order to win. In the UK, the most common is the one run by the National Lottery. You pick six numbers from one to 59 and can play up to seven lines of numbers on each lotto slip. The most slips you can play at a time is 10 and the draws happen each Wednesday and Saturday. Each line costs £2 to play and there’s an option to prepay your Lotto lines and play them for several weeks in a row. That’s a great lottery strategy if you plan to stick with the game for the long haul.

As for the prizes, it’s the standard fixed cash prize for tiers three through five and a rolling jackpot if you match all six numbers. If nobody wins the jackpot, it rolls over to the next week and so on, up until it rolls over five times. Then, if still nobody has won, the jackpot gets split across all players that won any of the cash prizes. Also, if you match only two numbers, you’ll get a free Lucky Dip which enters you for the next draw with six randomly chosen numbers.

Is there a pattern to winning lottery numbers?

While we’d love to tell you there is a surefire way to always win when playing Lotto, the reality is that the game is completely random. Some players like to put in dates or other numbers that are important to them, others like to make a pattern, or avoid the middle column.

How many numbers do you need to win the lotto?

Depending on the game, it’s anywhere from two to seven numbers. Usually, a free lotto “lucky dip” is rewarded for getting two numbers right, while six numbers are needed for a jackpot. Be sure to familiarize yourself on how to play the lottery of your choice before paying for a ticket, as some have better odds and prizes than others.

What do you get for three numbers on the lotto?

Since most lotteries require you to guess five or six numbers for a jackpot, matching just three numbers won’t make you rich. The prize can be anywhere from £30 to £1,000. On a rare occasion, matching three numbers might get you just enough cash to pay for another game. We highly advise against playing those lotteries.

How do you play the lotto?

The shortest possible lotto playing guide can be summed up into three steps – choose your lucky numbers, pay for the ticket, and wait for the lotto draw. It’s that simple. Hence why millions of people love this game.