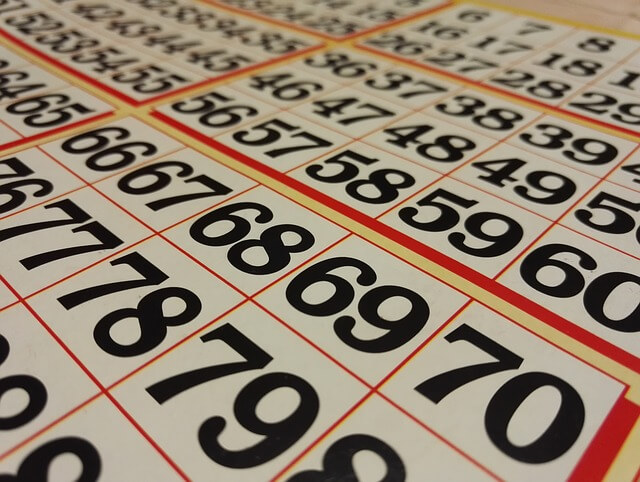 Bingo is one of the most popular games of chance. It’s played all around the world and has a long tradition, dating all the way back to 16th-century Italy. During its infancy, it wasn’t known as bingo. Instead, it was called Il Gioco del Lotto. The name lotto remained in Italy and some other European countries, while most people now know this game as bingo or housey.

This isn’t a history lesson, but a bingo guide in which we’ll be looking at the basics of this game, how it’s played, its variants, and the culture surrounding it. You’ll learn everything there is about organising a bingo game, where you can play it, and why it’s so popular online.

The Basics of a Bingo Game

To kick off our guide to playing bingo, we’ll first need to look at what makes this game, well, a game. Bingo is not a complicated game at all, in fact, it’s less complex than most other games you’d play at a casino. That also means wins at bingo are always down to luck, as the only factor at play is whether your numbers get drawn.

Before your first game of bingo, whether that’s at a local bingo hall, or a bingo site, there are certain bingo rules and important things you should know. Let’s talk about the elements of the game first.

To start playing bingo, you’ll need to get yourself some tickets first. These are cards with numbers written on them in a specific pattern, usually in three horizontal lines. As you can guess already, these are the exact same numbers that can appear in a bingo draw. In the 90-ball game, arguably the most prevalent variation, the bingo game rules demand that each ticket has 15 numbers on it. The numbers don’t repeat on a single ticket.

If you buy enough tickets in a sequence, you’ll have all the numbers on your cards – you’ll need six tickets in this instance. Such a sequence is also called a strip, and that’s how usually bingo places sell their bingo cards to players. Note that a bingo site might put a hard limit on how many tickets each player can purchase per game. You’ll find that information along with bingo instructions on each site that offers this game.

Learning how to play bingo is easy. All you have to do is wait for the host to call out a number and then mark that number on each of your tickets. A good strategy is to have all your tickets spread out across the table so you have a better overview and, thus, access to all your bingo cards. Depending on where you play and the bingo type you’ve chosen, the host will either call out numbers with additional rhymes, called bingo lingo, or include a letter from B-I-N-G-O before each number to emphasise in which column to look for that number.

Finally, you need to call out a win. When you’re just starting to learn how to play bingo, memorise the winning combinations, as you may be able to claim a prize even if you haven’t covered all the numbers on your card. To call a win, you need to shout “Bingo!” At that point, the game will be paused, the organisers will check your bingo card and, if everything’s good, you’ll get a prize. There are also bingo jackpots, much bigger prizes if you call bingo before a specific number of balls is drawn.

How To Play Online Bingo

The game doesn’t change much when you head out to one of many bingo sites. In fact, it’s even a bit easier to play, as most sites automatically mark the numbers for you. The rules of the game stay the same, of course, but there are a few important steps we need to go through in this online bingo guide.

Before you can even purchase tickets, you need to create an account. Yes, you’ll need to give out some personal information, like your full name and email, but after that, you’ll get full access to the site and its mobile app, if there’s any.

Then, you’ll need to deposit some money into your account. Sites where you can play bingo also often offer welcome bonuses for new players. That can either be some extra cash or free tickets. A general bingo strategy guide is to first scout what types of games and bingo rooms there are and then decide how big of a first deposit you’d like to place. Recently launched bingo sites usually give better incentives for new players, while older sites have better ongoing rewards. Rookie rooms with cheap or even free tickets are quite common, too.

Speaking of bingo rooms, this is how you’ll actually play bingo online. Each one is a lobby where you can purchase tickets, enter games, and join chat rooms so you can socialise with other players and even win extra prizes through chat games.

Continuing our bingo players guide, let’s take a look at some of the most popular games you’ll find at bingo sites.

This is the classic, European-style bingo game. There are 90 balls in play, but every player’s bingo ticket has 15 numbers spread out in three horizontal lines. To win a bingo jackpot, you’ll need to cover all of the numbers on your ticket. That’s called a “full house,” and it’s the moment when you should be calling bingo/house.

In this game, as previously mentioned in our bingo guide, you can also win prizes for completing just one or two lines. Granted, this depends on where you’re playing, as some sites won’t reward players who covered just one line on their tickets. Likewise, on rare occasions, you might get a consolation prize for getting 14 out of 15 numbers.

Another popular bingo variation we have to mention in this online bingo tutorial is also known as American bingo. Unlike the 90-ball variation, this game is played on a square-shaped ticket with a 5×5 grid of numbers. Oftentimes, the centre space doesn’t have a number and instead is considered as a free space, meaning that it’s automatically counted for all winning combinations.

This bingo game doesn’t differ from European bingo just in the format. It also offers different ways to win. Usually, you’ll need to cover just one five-number line horizontally or vertically, but some bingo sites also count diagonals as a win. Line wins aren’t the only way to win at the 75-ball bingo. How to score those prizes, then? It’s all in the patterns. Some bingo halls and sites will instead require players to cover their tickets in a specific pattern – anything from corners, to a letter.

A game that originated at bingo sites, 80-ball is another variation that uses square-shaped tickets, only there are 16 numbers instead of 25. On top of that, the tickets are more colourful, as each column has a different colour backdrop. Winning combinations are very similar to the 75-ball game described in the previous part of our guide to online bingo. You’ll either need to complete a line or a predetermined pattern on your card to win. Some sites will even offer multiple chances of winning, and the exact rules differ from site to site.

When you don’t have enough time for a full game of 90-ball bingo, or you’re waiting in between two games, you might want to hop onto a game of 30-ball bingo. As the name implies, this game involves just numbers 1-30, and it’s much faster than regular bingo, hence why you’ll see it called “speed bingo” at many sites that host it. Just a small bingo tip you should know before heading online: Your tickets for 30-ball bingo come with just nine numbers, but you’ll need to cover them all to win.

As the game evolved, players wanted more variety. For example, there’s a game called 52-5 bingo where, instead of bingo balls, playing cards are drawn. You also get a hand of cards as a ticket, but the rest of the game plays out regularly. Some sites like to use emojis, balloons, or other items instead of bingo balls, making it a bit harder to learn how to play bingo at UK sites. Others may offer 60-ball or 85-ball variations, although they’re not nearly as common as the games we’ve mentioned above.

A category of its own, Slingo is a relatively new gambling game. It combines two very exciting games – bingo and slots – into one incredibly fun game of chance. Underneath your 5×5 bingo ticket is a little slot machine you can spin. If it lands on any number you have on your card, the numbers are marked off. Slingo usually has extra symbols you can collect, like wildcards or free spins. This game is usually played for a certain number of rounds and, if you complete a line, you win.

There’s no foolproof bingo strategy guide. As much as we’d all like to know some secret strategy for winning every time, the nature of this game is that every number has an equal chance of appearing in a draw.

One of the more popular bingo tips is to purchase a bunch of tickets. Most sites won’t limit your purchases and, with more tickets and strips, there’s a better chance you’ll score a jackpot. Of course, don’t overspend and purchase only as many tickets as you can handle playing without losing track of the game.

Is there a strategy for winning bingo?

Bingo is a game of pure chance, but that doesn’t mean we can’t throw in a small bingo tutorial here for improving your chances. Most common strategies for winning include playing outside of peak hours, in less crowded rooms and halls, as well as purchasing as many tickets as you can afford. At online bingo places, you can always check the game schedule and how many people are playing the next game, so if there’s a smaller crowd, your odds slightly improve.

What are the rules of bingo?

The game starts with players purchasing tickets that have bingo numbers on them. Then, a draw starts, during which players mark any drawn numbers they have on their tickets. The goal is to cover your numbers in a specific pattern (depending on the game) and quickly call “Bingo!” to claim the prize.

What are some bingo patterns?

The most common bingo pattern is a line, either horizontal, vertical, or diagonal. In some bingo games, you’ll be required to complete multiple lines to win, while others require just a single line. Games that use square tickets often have more unusual patterns, like crosses, corners, or alphabet letters.

What numbers hit the most in bingo?

As mentioned in our bingo guide, the rules of the game imply that the numbers drawn are completely random. There aren’t some “magical numbers” you should be looking for on bingo tickets, or precise data on which numbers show up more than others. Every bingo player has their own favourite numbers and just picks tickets in accordance with that.