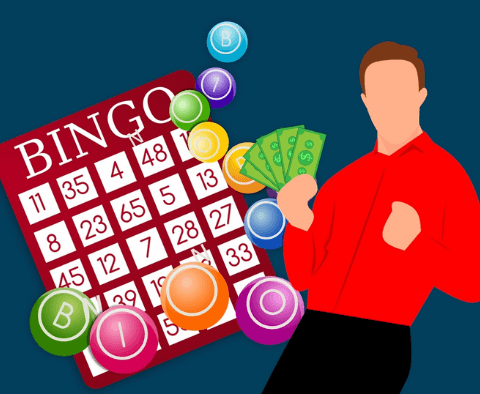 There’s only one way to celebrate a huge win; you stand up, make a slow 180-degree turn to face all the losers in the room, and triumphantly yell out “BINGO” at the top of your lungs. It doesn’t matter that you’re playing online and the only people in the room are members of your family.

It doesn’t matter that you’ve only won £5 on your £3 bet. A win is a win and should always be celebrated.

You never know when you’ll hit a jackpot and get to share the spotlight with some of the biggest bingo winners in the world. Before you make it to the list of winners, check out the people who’ve come before you.

We’ll start things off with Christine Bradfield, a middle-aged shop assistant from Wales who won an amazing platinum bingo jackpot of nearly £1.1 million back in 2008. She’d been playing religiously for more than 11 years at her local Castle bingo club hoping for a win.

On that fateful night, Bradfield and her sister-in-law spent about £16 and ended up with more than £1 million. That’s a solid return on investment.

The social aspect is always the most important part of the game. Back when she first started, Bradfield made a deal with her sister-in-law to split all their winnings equally. So, when she finally hit the Castle jackpot bingo, she had no doubt in her mind. She would split it 50-50 with her trusted bingo companion.

While her sister-in-law supported her all the way, Bradfield’s husband complained that she spent too much money on bingo. He changed his tune the moment she brought home the dough. It’s generally not great advice to ignore the pleas of your loved ones but, in her case, it was the right decision.

Despite the fact that she was a millionaire, Bradfield didn’t quit her job or stop playing bingo twice a week. Quite the contrary – now that she knows it’s possible to win, she’s even more motivated to play. It is her winning attitude that makes her a true bingo champion.

It appears that 2008 was a great year for bingo players in the UK. Besides Christine Bradfield, there was another big winner – Soraya Lowell – but this time with a slightly less successful life story. A Scottish mother of four, Lowell managed to set a record at the time with a prize of about $1.2 million at her local Club3000 bingo hall.

Sharing the money with a fellow bingo-goer seems to be a common occurrence, as Lowell also decided to split the prize with her next-door neighbor, Agnes. Needless to say, the neighbor immediately accepted her generosity.

In an interview following her bingo win, Lowell disclosed that she didn’t know what to do with the money. She had already bought a car and her neighbourhood home was all she ever wanted. However, about a year after the win, she and her husband bought a new £150,00 house that eventually led to their bankruptcy.

They were unable to pay the mortgage and had to move back into their old home. What’s the point of hearing these rags to riches to rags stories? Well, you can consider this a cautionary tale – be smart with your money.

The two wins we’ve mentioned so far seem like pocket change compared to the sum won by 60-year-old John Orchard in 2012. Looking for the best way to satisfy his bingo cravings, Orchard stumbled upon a website called Butlers Bingo and created an account. After only a couple of days playing, he struck a gold mine and won an amazing £5.9 million.

Now, even though this is considered history’s biggest online bingo win, he didn’t exactly win that amount playing bingo. Actually, he placed a 30 p bet on a Dark Knight video slot game and reaped the rewards. Since the name of the website is Butlers Bingo, we’re willing to let this discrepancy slide.

In the post-win interview, Orchard said he waited hours to tell his wife about the win. Apparently, the only way for her to believe her husband was to get a phone call directly from the gambling firm, which she did. As a recent bingo winner, Orchard managed to retire five years ahead of schedule and treat himself to a new car – a Jaguar XF.

In addition, the couple visited their great granddaughter in Canada and celebrated their 25th wedding anniversary a bit more extravagantly than usual.

Despite being of no relation to the famous Hogwarts alumnus, Lisa Potter somehow managed to work some magic and grab one of the biggest Ladbrokes online bingo prizes ever: £1.3 million. This win isn’t the result of days or even hours of dedicated bingo play.

Potter just tried her luck for a few minutes and almost immediately hit the jackpot. The mother of three took a spare minute in her busy life to make a £5 bet and it paid off in an incredible way.

You know how sometimes you just know the money is going to the right hands? Potter had been a single mother of three for many years, so she was no stranger to hard work. Because she always put her children first, she rarely managed to find time for herself and indulge in her own needs.

Winning bingo gave her some breathing room and allowed her to fulfil some long-forgotten desires. Shopping, holidays, and investments in the future – it appears that Potter has everything figured out.

Potter’s greatest support was her diligent husband, who worked as a mechanic and helped keep the roof over the family’s head. At the moment she was winning her amazing reward, husband Terry was taking a well-deserved rest and watching the Euro Championship.

Apparently, it’s this level of boredom that eventually motivated Potter to give bingo a shot. We can almost hear him saying “You’re welcome!” while casually sitting on his couch.

Do you know what’s better than winning a bingo jackpot? Yes, the subheading is a giveaway, but we’re sure you would have figured it out yourself as well – two jackpots! Anita Campbell, a mother of four who was in a dire financial situation, won two amazing bingo prizes in just two weeks.

After making an account at the Mecca Bingo website, she tried her luck and ended up with a £597,000 jackpot. Instead of stopping there, she kept going. After 10 days of hard bingo work, she collected another £552,000.

The biggest bingo winners are always those who know what to do with the money. Campbell used this money to turn her life around and help as many people as she could. She paid the bills, moved out of her rented apartment, gave all her old furniture to people in need, and bought her dad a new house.

A chunk of the cash went to one of her daughters for IVF treatment. By helping others in need, Campbell invested in a healthy community, which is exactly what bingo is all about. It becomes obvious why this is something more than a game.

Who says that the winners of bingo need to be open and personal with their fortunes? It’s time we added a bit of mystery to our list and spiced things up. Back in 2009, an individual who went by the name Georgios M managed to win £5.1 million betting on bingo.

Although many things from his personal life are hidden under a veil of mystery, we do know that he was 36 years of age when he won this extraordinary prize.

Now you might be asking yourself: “How did this anonymous lover of bingo win real money (heaps of it) and stay out of the press?” The answer is quite simple and even useful for future players. Just because you want to enjoy a relaxing bingo game and potentially win huge amounts of money doesn’t mean you have to be a celebrity.

In most cases, you can remain under the radar and still enjoy the fruits of your bingo labor.

That said, despite being fairly unknown, Georgios M managed to break a couple of stereotypes about the game. There is a common misconception that bingo is a game specifically made for middle-aged women. The truth is that there are no rules, even for the biggest bingo winners out there.

Anyone can and should enjoy this fun game free from any prejudices. In fact, many of the world’s political leaders could learn a thing or two from peaceful and supportive bingo communities.

Where was the largest online bingo game held?

According to the Guiness Book of Records, the largest online bingo game was organized by Coca-Cola in Tokyo, Japan. The game included an amazing 493,824 players. This astounding bingo world event took place on September 3, 2010.

When did the history of bingo start?

Bingo originated in Italy in the early 16th century. It evolved from the country’s national game, a form of lotto. At the end of the 17th century, the game moved to France and, from there, spread across Europe. It came to America in the 1920s under the name “beano,” which eventually transformed into the better-known bingo.

What is a full house in bingo?

As all of history’s biggest bingo winners know, a full house is when you match all of the numbers on your tickets. At this point, you should draw the attention of the caller by yelling “bingo” or “yes!” This is not a necessary step with online games, but it’s part of the tradition.