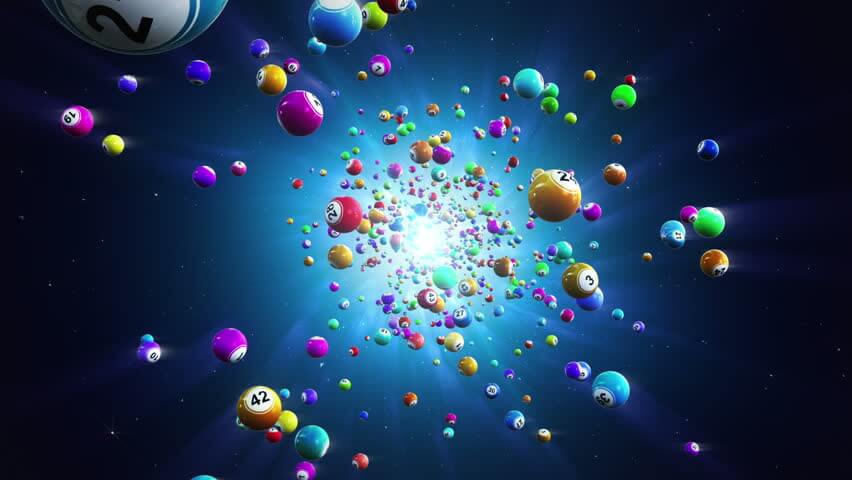 Remember in “Back to The Future” when Marty McFly buys a sports almanac so he can make money by betting on sports in the past? Ever wanted something similar to improve your bingo odds? Well, you’d better work on that time machine or learn to predict the future.

All jokes and countless “Guaranteed win 100% of the time” scammers aside, there really is no way to know what numbers will pop up in your next bingo game. We can’t just go out there and buy a card knowing it’ll win us the big jackpot. We might “feel” like that card is the winner, but it’s just a piece of paper like any other bingo slip. Yet, even today, some claim there is a surefire strategy to win every single game of bingo. Is this true, or is it all just a load of baloney? Read on to find out.

As is the case with any famous game, there are numerous myths and legends surrounding bingo. Before we head on to discuss proper strategies that can improve your chances of winning (although not guarantee them), a round of mythbusting is in order.

We get it. Some folks like to pick bingo cards with their favourite numbers, like important dates or simply numbers they perceive to come up more often. That creates the feeling that you’re weaving your own luck, but really has no impact on your odds of winning bingo. On the other hand, it’s a good practice to buy a whole strip of six sequential bingo cards. This way you’ll at least have all 90 numbers covered.

Some numbers appear more often than others

Another interesting theory is that, if you analyse enough bingo games, you’ll find out what the winning numbers are. This is in line with the sports betting mentality that experienced punters can predict who will win the next match in most cases. It’s logical that, if a team is on a winning streak, it may well keep on winning.

The same theory would make sense if bingo balls could remember when they’re a part of a winning bingo combination. Of course, they can’t, and so the myth is baseless. All numbers have an equal chance of being drawn. Unless someone has tampered with the balls, the software, or the machine itself, there’s absolutely no way to know exactly what numbers will come up.

The trick is in the card pattern

Third and final myth is the good old pattern legend. This ties in directly with the theory that some numbers appear more often than others. Each bingo row always has five numbers distributed evenly across a strip, so the pattern doesn’t affect your chances in any way.

How to improve your bingo odds

While it’s true that you can’t do anything to affect what numbers are drawn, you still can get ahead of your competition when playing bingo. There are no magic numbers, no lucky charms – just some simple maths and logic that can help turn the odds slightly in your favour.

Avoid the crowds. First and foremost, the number of players is the factor that can make or break a bingo game for you. The more players are in the hall or online lobby, the smaller the chance you have of winning. This is often called playing the odds. If you’re playing live at a bingo hall, try going at off-peak times or days of the week when there’s a smaller crowd. Fridays and weekends are usually the peak days.

There is one significant downside to this strategy, through. Since bingo is a game with a prize directly dependent on the number of tickets sold, more players means a larger prize pool. Fewer players? Smaller prize. It’s that simple. So, this is completely up to you. If you want better odds of winning, pick the days and halls with fewer players. For a bigger prize but a smaller chance, go with the crowds. Risk and reward. The same goes for online bingo, which is even easier since most sites show you how many players are logged in at any time.

Get more bingo tickets. Speaking of tickets sold, let’s get mathematical for a second. Imagine there are 100 players at the bingo hall and each buys just a single ticket. That means your chance of winning is one in 100. But if you had, say, five cards among those 100, your bingo winning odds would increase to 5%. In layman’s terms, you get as many times more chances of winning the more tickets you get.

Of course, this makes your game more expensive and it becomes harder to keep track of all those tickets, so plan your purchases wisely. Only buy as many as you can afford and keep track of – that might only be two, or it might be five. It all depends on you. Also, take into account the total number of tickets sold, since other players will probably employ this tactic, too. It’s best to combine these two strategies and adapt them to your style of play.

Right now, you probably have a better understanding of how bingo works and what chance you realistically have of winning your next game. There is no magic formula or a special trick you need to know to become good at bingo. It is, after all, a game of luck – a randomly generated set of numbers printed out on cards. That said, you can become a good bingo player; not one who wins all the time, but one who knows the ins and outs of this fun game.

Don’t buy too many tickets

Managing your budget for a bingo game should remain your top priority, no matter what your bingo strategy is and whether you play at a local bingo hall or online. Overspending will leave a sour taste, even when you win. On top of that, too many tickets make it harder to follow the game, especially in places where the announcer calls out numbers at a fast pace. You absolutely do not want to overhear a number and thus miss your chance to potentially score yourself a win. The ideal number of bingo cards is one you can manage with ease, both financially and during the game. Your wallet will be thankful, too.

The longer the game goes, the higher your chances are

Laws of probability pretty much dictate the whole game of bingo. The chances of winning bingo on the 15th number are so slim that, even if everybody in the world bought a unique ticket, there still probably wouldn’t be a winner. Each number after that greatly increases the chances one of the players will achieve bingo, with most games ending at around 75 numbers drawn. That is why a lot of places have progressive jackpots that greatly increase the prize, but only if a player reaches bingo before a certain number of draws.

Stay focused during the game

You can’t win at bingo if you’re too tired or distracted to follow what’s going on. When playing at a club, experts say, it’s best to drink non-alcoholic beverages like tea or coffee. If caffeinated drinks aren’t an option, choose water instead of sodas. You want to keep your wits sharp, ready to mark each number that the host calls out. That’s why some players choose to sit as close as possible to the bingo cage.

Playing online is much easier in this regard; the software usually marks the numbers for you automatically, so there’s no chance of missing out.

What are the odds of winning at bingo?

You can calculate your odds of winning any bingo match right on the spot. The odds are calculated by dividing the total number of bingo cards sold by the number of cards you buy. The more cards sold, the lower your chances are, but the more cards you personally have, the better your odds. It’s also worth noting that the odds of somebody winning increase the longer the game goes on, as more bingo numbers are drawn. Most bingo games end between 50 and 75 numbers drawn.

How to win at bingo every time?

There is no guaranteed way to win every single time. That said, picking games with lower attendance drastically increases your odds, although it’s also worth remembering that the jackpot might be lower due to fewer tickets being sold. One general rule among professionals is to not play on weekends when crowds are at their biggest.

What are the most winning bingo numbers?

When it comes to probability, bingo isn’t a game where you can measure odds based on previous games. So, no, there is no set of numbers that will always get you a jackpot; the game is simply a random draw from a pool of 90 numbers. Just because you might see some numbers appear slightly more often in consecutive games doesn’t mean the game is rigged – it’s sheer coincidence.

Can you cheat at bingo?

Unless you’re the game operator and can tamper with the machine, there’s no way to cheat at bingo. And that’s not even mentioning the fact that it’s highly immoral and sometimes illegal to mess with odds on a game this way. We absolutely do not condone any cheating methods or cheaters themselves.

How can I increase my chances of winning?

There are only two surefire ways to improve one’s chances at both bingo parlours and online bingo. The first is to play during times when there’s a smaller crowd, so fewer people are competing against you. The other strategy is to buy more tickets than other players, which gives you a greater chance of getting the winning card. Understanding bingo odds, many players say, is one of the keys to winning a jackpot.