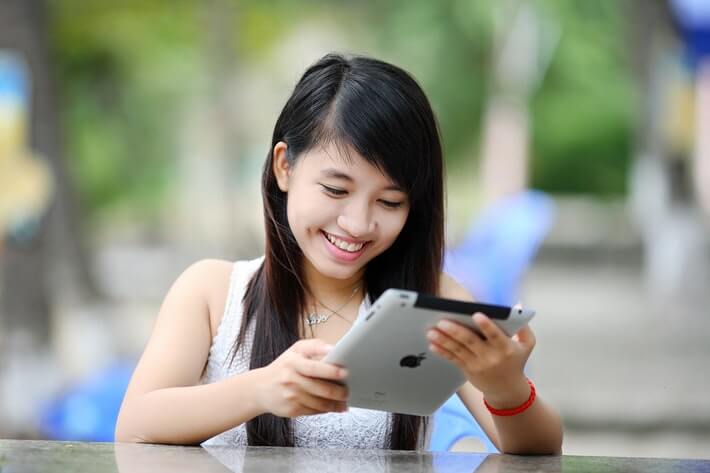 With its origins traced back to the traditional lottery game Lo Giuoco del Lotto d’Italia in the 1500s, bingo evolved throughout the centuries. In more recent decades, bingo established itself as one of the UK’s most popular pastimes. At the peak of the game’s popularity, the UK was home to more than 1,000 bingo halls. But the rise of the online version of the game stifled off both novice bingo enthusiasts and veteran players.

Nowadays, the online bingo vs. bingo halls showdown has only intensified. Keep reading to learn more about the differences and similarities between the two.

Online and land-based bingo venues offer similar gaming experiences in many ways; however, the setting in which games are played definitely isn’t one of them.

Players can enjoy online bingo from the comfort of their homes or any other place with a stable internet connection 24/7. All you have to do is log in to your favourite bingo site from a desktop or a smartphone. On the other hand, to play at a hall, you have to go to a brick-and-mortar location dedicated to hosting bingo games and make sure you don’t miss the event you want to be a part of.

Another notable distinction when it comes to online bingo vs. bingo halls lies in the atmosphere. If you prefer playing games in a more social setting, bingo halls are a better fit for you. If you see bingo games as a way to wind down on your own, we suggest you find the most suitable bingo site.

In live bingo, players get the full social experience that has always been associated with the game. You’re able to see the bingo caller and all of your competitors instead of them being hidden behind a screen. Furthermore, with land-based bingo venues, there are often several other forms of entertainment to enjoy, such as a selection of slot machines, music, and a place where you can purchase drinks and snacks.

Still, if you don’t care about the social side of the game and would much rather focus on the prizes or the ability to have a quick game on your own, online bingo platforms are the way to go.

The most popular games at live bingo venues are the 75-ball and 90-ball variants. Most halls also offer speed rounds that players can opt for in between the main rounds. Typically, these are also variants of the popular 75-ball and 90-ball bingo. Given that the majority of their players are hoping for a whole night of excitement, bingo hall owners must consider the entertainment value they are offering when running bingo games.

While playing bingo offline is all about entertainment, speed is the name of the game with internet-based bingo. Online bingo operators have a lot more wiggle room when it comes to the game variety they offer. Given the aforementioned focus on speed, shorter bingo variants such as 50-ball and 30-ball bingo are among the favourites.

When comparing these two types of bingo, it’s important to mention that there are also differences in the way bingo numbers are called out. As opposed to human callers employed at land-based venues, internet bingo sites use random number generators or RNGs. An RNG allows for a quicker and more efficient rate of calls in comparison with hall-based bingo. On average, a new number is called out every three seconds online. For comparison, a human bingo caller takes up to ten seconds per number.

Although both bingo sites and traditional halls give visitors the opportunity to socialize, the experiences are a little different.

Without a doubt, bingo halls are a great place to meet up with people from the area where you live. In fact, it’s the social aspect of the game that made bingo so appealing in the first place. If you need an excuse to turn a night of bingo into a fun activity for your group of friends, live bingo halls may be the best option for you.

In an effort to preserve the socializing aspect of a bingo night, the top new bingo sites also make sure to provide their players with an opportunity to become part of a community. In their efforts to replicate the real-life bingo parlour atmosphere, many websites offer instant messaging, chat rooms, forums, and social media accounts for their players to use and interact with fellow bingo lovers. Gamblers from all around the world can use these channels to discuss strategies or get to know each other. Many online bingo sites even have chat hosts to ensure that each players’ questions get answered, and the atmosphere remains positive.

Brick-and-mortar halls and online bingo destinations follow very different schedules. While traditional halls have weekly schedules and set times for the games, online venues operate round-the-clock and can be accessed at any time.

If you play at a hall, you’ll be able to establish a regular routine. For example, if your local hall hosts bingo every Tuesday and Saturday night, you’ll have weekly plans to look forward to.

On the other hand, online bingo is much more flexible. If your work schedule or other obligations don’t permit you to go to bingo halls at a set time, you can become an online bingo player. The fact that you can play at any time of day may also boost your chances of winning.

Another significant difference lies in the overall cost of the experience. Naturally, given that they occupy a physical space, bingo halls have much higher overhaul costs to worry about in comparison with online bingo venues.

As a result, players pay approximately £5 per ticket in land-based bingo venues, while the average ticket price charged by online bingo destinations is just £1 or even less. Moreover, if you take food and drinks into consideration, a night at a bingo hall may cost you about £20.

As part of the online bingo vs. bingo halls comparison, it’s also important to mention that bingo sites usually offer multiple free bingo games daily, so you can enjoy your favourite type of entertainment at absolutely no cost. Furthermore, online bingo operators provide a rich selection of promotions along with the opportunities to win jackpots filled with generous prizes such as automobiles, holidays, electronic equipment, and more.

Whether you sign up for a bingo website via a browser-based platform or a mobile app, you’ll be presented with free-play opportunities along with matching deposit bonuses that can be used to purchase new cards and tickets. So why do bingo rooms online offer so many promotions? The answer is simple – bonuses are a reflection of the fierce competition among bingo websites. In most cases, the operator who offers the most generous bingo bonus opportunities claims a good share of the market. From a player’s point of view, finding the perfect online bingo venues usually comes down to the most lucrative bonus offers.

Another key advantage that an online bingo hall has over its land-based counterpart is the option to purchase tickets for games in advance. In land-based bingo halls, players can only buy tickets for bingo games when they arrive at the venue.

Prizes and Collecting Your Winnings

Lastly, it’s time to talk about the prizes. Once again, there are differences between potential winnings at online and offline bingo venues. In most cases, the prizes are made up of the sum of all tickets sold for the bingo game in question. Therefore, depending on the number of game participants, prizes can vary widely.

To make sure that there’s always something for the players to look forward to, live bingo halls typically offer guaranteed jackpots. The National Bingo Game, which is the UK’s second-largest computer-controlled game, offers jackpot prizes of up to £250,000. The game takes place on Fridays, Saturdays, and Sundays and uses a telephone system to link bingo games across the country.

If you think £250,000 is a huge prize, keep in mind that jackpots can be even more impressive at online bingo venues. Statistics indicate that the biggest online bingo win was a £5.9 million jackpot. There’s a simple explanation for this – internet bingo destinations employ a progressive jackpot system which is quite popular among online casino operators. To fund progressive jackpots, the system takes a percentage of every bingo ticket sold for a jackpot game. Until one lucky bingo player wins the lot, the prize continues to grow.

As far as cashing out prizes goes, if you win at an online bingo venue, your payment will take up to a few days to process. At traditional halls, winners receive the prize immediately. Still, remember that while playing bingo on the internet mostly involves cash prizes, at bingo halls, you may receive other gifts.

Playing bingo on the internet is slightly different from enjoying your favourite pastime at a land-based venue. One of the most obvious differences is that you can’t see the balls as they are being drawn at bingo websites. Instead, a random-number-generating software solution comes up with the numbers for you, which could make you wonder whether it’s possible for the online or mobile bingo destination to be fixing games and taking your money. But random number generators are controlled by third parties to make sure that the numbers come out in a completely random pattern. If the site which you’re playing on uses an RNG, you can rest assured that the game isn’t fixed.

Which bingo site is the best?

Given that all bingo sites are slightly different, there isn’t a one-size-fits-all answer to this question. However, here’s a piece of advice – when looking for the best real money bingo site, make sure to consider the bonus offers, software providers, payment methods, support channels, safety and security standards, and the availability of mobile platforms.

Before you open an account at an online bingo website, you should make sure that it’s trustworthy. We suggest you do so by checking whether the bingo app or site that caught your eye has a gambling license. Not only are licenses used to prove that an online gambling destination offers real money prizes, but they also show that the technology is safe and secure for customers. In this context, the online bingo vs. bingo halls comparison may lead you to conclude that land-based venues seem to be a much better choice at first glance. However, playing at a fully licensed and regulated online bingo destination is just as safe.