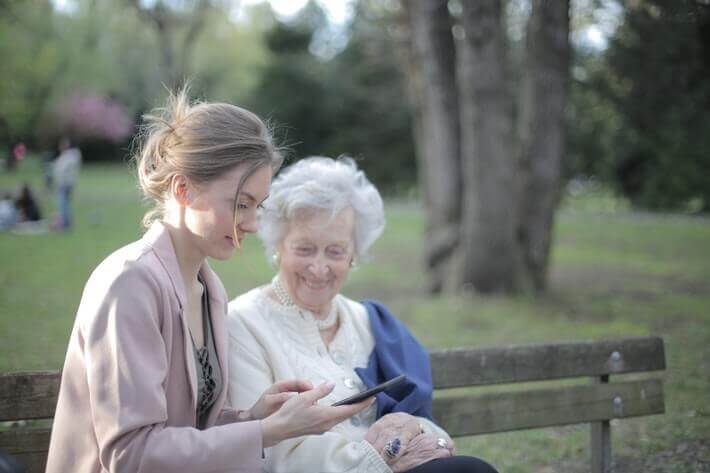 If you haven’t played bingo before, it might seem enough to simply walk into a bingo hall or join an exciting bingo website and start playing the game. While this is true, you could easily be confused once you hear a phrase such as “Kelly’s eye” or “one little duck.”

Since bingo halls are often crowded and it’s not always easy to hear the numbers being called, there’s a set of bingo calls and other terminology you should know if you want to start playing this game. This article will cover essential terms, bingo calls, and chat terminology; the latter is particularly useful for those who want to play online.

The Origins of the Rhymes

In most cases, the terms for bingo associated with numbers are rhymes. It’s believed that they originate from 20th-century London and were used as a way of passing secrets. These rhymes were soon adopted in bingo halls because it was easier to distinguish which numbers were being called out when rhymes replaced them. For example, the numbers 16 and 60 might easily be confused, so the rhymes were established to avoid these mix-ups.

Before we get into the index of iconic bingo calls, let’s go over some of the phrases you’ll need to know to start playing bingo. This terminology will make it easier for you to understand the different types of bingo and the specifics you might come across if you decide to play.

5-line bingo: Commonly known as Swedish bingo, this variant follows the same rules as 75-ball bingo, just without the free square in the middle of the grid. The point is to mark off lines from one to five vertically, diagonally, or horizontally in order to win.

90-ball bingo: This game is played with 3 x 9 cards. Players win when they mark off one, two, or all rows.

Admission: This is the minimum number of cards required to enter a bingo game, either virtual or physical. You might try to play online bingo for free, but you’ll usually still have to buy a certain number of cards per game.

Speed game: This is a type of bingo that’s played the fastest way possible. It is also called a blowout game.

Winner-takes-all: The winner gets 100% of the other players’ money; there are no prizes for second or third place.

Single bravo: Made of a single line over the card, which can be diagonal, horizontal, or vertical, this pattern needs to be created in order to win 75-ball bingo.

Any way: Any pattern completed on the card can result in a win.

Hard card: This is a physical bingo card made of cardboard. It has flaps that players can use to conceal the numbers that have been called.

Free space in bingo: The central square on a bingo card in a 75-ball game.

Money ball: In a money ball game, there is a number drawn before the game starts. If someone gets bingo on that number, their prize is doubled.

Autodauber: A feature on online bingo sites that automatically marks the numbers called.

Basket bingo: This type of bingo is usually organised as a community fundraiser. The players get prizes in the form of “baskets,” which typically consist of food or gift cards.

Red raw bingo call: We thought we’d throw a fun bingo call into the list. This one rhymes with 64.

Bingo aliases: Nicknames players use when they play online bingo.

Bingo board: The board in the bingo hall that’s often electronic and shows the called numbers.

Auto-play: An online bingo feature that instantly marks the called numbers. This is not available in regular bingo.

Funded players: Online bingo players who have money in their accounts.

Bingo bonuses: Used to attract new bingo players in the form of monetary prizes or incentives.

Bingo book: A complete set of bingo sheets. Some bingo books have more, some have fewer sheets, and the number of cards on each sheet may vary.

You’re most likely to hear phrases after announced numbers if you’re playing bingo in a hall. These are not random phrases – each number from 1 to 90 has its own phrase. It’s not always easy for everyone to hear the called number clearly, so it’s handy to know these phrases just to be on the safe side. Here, bingo terms and slang go together in a way that’s both practical and fun.

However, some of the references in classic bingo calls are incredibly dated. That’s why in certain bingo halls and online games, the terminology has been freshened up. Here are some of our favourite contemporary bingo calls.

Some other fun new bingo calls include: Desmond, Tay Tay, Leeds on Tour, Adele, hipster heaven, Jimmy Choo, tag a mate, Amazon Prime, chicken vindaloo, Here Comes Herbie, The Beatles, historic US route, J-Lo’s bum, and Wills and Kate. There are many more bingo words, current and future, that will shape how this game is played.

If you’re a new bingo player and you decide to play online, some terms in the chat may not seem clear to you instantly. However, online bingo rules are typically easier to follow, because when the virtual bingo caller calls the number, it automatically gets marked on your screen.

So, if you hear 1TG or 2TG, the player has one or two left to win. If someone types AFC, they’re letting everyone know they’re “away from the computer”. In the same vein, AFAIK means “as far as I know.”

Here are some of the other helpful bingo acronyms:

ASAP – As soon as possible

BBL – Be back later

BIAM – Back in a minute

BRB – Be right back

CH – Chat host. This title can often be seen next to the chat host’s name in online bingo

FFH – For a full house

Why is bingo called bingo?

When it arrived in America in the 1920s, the game’s name was “beano.” It was first played in the US outside Atlanta, Georgia. After someone accidentally yelled “bingo” instead of “beano,” a salesman from New York, Edwin Lowe, named it “bingo.” Since then, bingo has become a cultural phenomenon, with many variants and an extensive collection of bingo terminology.

What is 88 called in bingo?

What are the bingo numbers for each letter?