All About Tax On Gambling Winnings in the UK 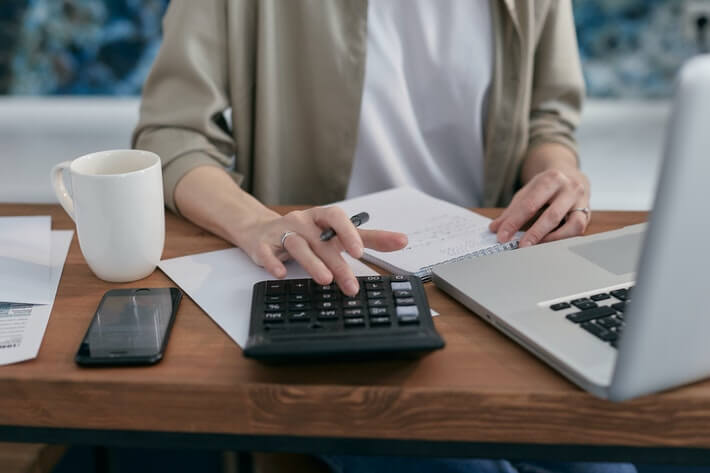 If you’ve won that bingo round, scratched that lucky card, or hit a significant jackpot – well done! Congratulations! Who said your luck couldn’t change overnight, huh?

But now, you might be wondering whether you have to report it. How much of your winnings will you get to keep? Do you have to pay taxes on them? To prevent your happy moment from turning sour, we want you to know the following:

You don’t have to pay any tax on gambling winnings in the UK!

But, how is this possible, you might ask? Let’s get into details on how taxation works when it comes to UK gambling winnings.

Brief History Of Gambling and Taxes in the UK

Betting and gambling were not new to the UK even before the law recognised them in 1960, and many illegal bookmakers were working on the racetracks. This was a clear hint to the government about the considerable demand for placing bets outside the licensed tracks.

This was the primary reason behind the passing of the Betting and Gaming Act in 1960 and the subsequent imposing of a gambling tax on UK  high-street betting shops that opened the following year. These also accepted bets placed via phone.

The government charged these new bookmakers a 6.75% levy. Bookies covered these costs by issuing their own 9% tax on bets to their visitors. You could either pay at the moment of placing the bet or on the winnings. Most people chose to pay as soon as they set their stake, so their winnings – if there were any – would be claimed in full.

When the internet took over the world, betting moved online. This prompted the government to adjust the gambling law in 2001, and the former betting tax was abolished. Instead, the regulations now placed a 15% tax on gross bookmaker profits.

This day was very much welcomed by UK bettors, as their winnings were now “free of charge.” However, unhappy bookmakers quickly started moving their operations abroad. The 2014 amendment to the Gambling Act turned the point of supply tax into a point of consumption tax on all gross profits. This means that any gambling operation that wants to accept bets in the UK needs to have a UK gambling license and, therefore, pay the UK taxes.

The last significant change to the UK gambling tax on bookies happened in 2019, when it rose to 21%.

But what does this have to do with bingo games? Bingo is not, strictly speaking, the same as gambling, so does that mean you have to pay tax on bingo winnings?

Fortunately, in this case, bingo is considered a gambling game in the eyes of the law and the UK Gambling Commission issues licenses to bingo parlours. However, the game has no specific statutory definition; in the Gambling Act, bingo means “any version of that game, irrespective of by what name it is described.”

Long story short, bingo winnings aren’t taxable. But, what about the lottery?

The same act regulating real gambling also applies to lottery, game-show, and any other winnings lucky people stand to earn!

Lottery winning statistics confirm how good UK citizens have it: In the US, the highest Mega Millions single jackpot winner in history won $1.54 billion but got approximately $877 million to spend after taxes. Still an enormous amount of money – but nearly twice as much would have been his in the UK.

For example, the luckiest UK lottery winner of £170.2 million got to spend it all, as the tax on lottery winnings in the UK is non-existent.

The HMRC’s Business Income Manual doesn’t recognise gambling as a trade, and therefore a source of taxable income. This allows gambling experts to make a decent living without worrying about paying ​​tax on their gambling winnings.

However, there were occasions when the government challenged this rule, most notably all the way back in 1925. A man named Alexander Graham, who made a living by betting on horses, was taxed £300 by the Inland Revenue. Naturally, he took the issue to court. The judge’s ruling – “habit” cannot be taxed – was in Graham’s favour.

However, there is an excellent lesson here to learn and apply: Keeping notes of your winnings and losses in the form of a performance log is a wise precaution against anyone challenging the origins of your riches. You want to have proof that your casino winnings aren’t taxable while drinking whiskey by the pool in your new villa.

That is not to say that professional players have to pay any taxes whatsoever. For example, if they get paid to participate in a particular tournament, advertise a casino or a specific game, or earn other income based on their gambling success – there’s a tax that gamers should pay on it.

Let’s get a quick overview of some other taxes that may be applicable.

While you’re not paying taxes on casino winnings, what you do with the money afterwards is very likely taxable.

For example, if you decide to invest your winnings, which is more than recommended, the income from your investment is taxable. If you choose to buy a property with your hard-won money, you are still bound to pay the Stamp Duty Land Tax (SDLT).

Even if you were to give the money to someone else, any amount over £3,000 in a year would still be subject to taxes. Ultimately, if you don’t spend it throughout your lifetime, and it is passed on as inheritance, the beneficiaries will have to pay taxes on the estate.

Why Doesn’t the UK Have Taxes on Gambling?

Let’s put things in perspective. If everyone were eligible to pay taxes on winnings, everyone would be able to file gambling losses on their tax returns. Unfortunately, it can be easy to lose money gambling, become a problem gambler, and create significant gambling debt, while winning is nowhere near as common.

After all, the system works because one lucky man’s winnings are, in all fairness, the pool of other people’s losses. If the winnings were taxed, the losses would be eligible for a tax credit, creating negative tax revenue.

So, How Does Gambling and Taxes in the UK Work?

Now that you know that you can spend every single pound you’ve won, you might be wondering who pays the taxes when it comes to gambling in the UK?

As mentioned, the gambling operators and bookmakers bear the brunt of UK gambling taxes. This requirement comes with their gambling licenses, and they are due to pay a 21% levy on their earnings.

The government’s raising the tax to 21% from 15% worried players and bookies alike, as people were concerned that their favourite gambling spots might turn belly-up. However, the bookies offset this gambling tax change resulted through higher wagering requirements and lower odds.

In short, even though you’re not paying taxes yourself, you meeting the gambling sites’ wagering requirement certainly contributes to the UK taxation system.

If you are one of the lucky ones, we have just two recommendations for you. The first would be to hire a financial advisor and put some of that money to work, so you don’t have to worry about the future.

The other recommendation? Don’t spend it all in one place!

Overall, if you are lucky, there is such a thing as free lunch! If you won big in a UK bingo game, you don’t have to worry about gambling income tax. Instead, focus on spending your money wisely and enjoying your good fortune!

Do you have to declare gambling winnings to the HMRC?

No, you are not required to declare any gambling winnings in the UK, regardless of the amount, whether you’re a hobbyist or professional player.

Why is gambling not taxed in the UK?

Taxing gambling in the UK might seem like a good idea, but if you have to pay taxes on your winnings, you should also be eligible to ask for a tax credit on your losses. This would result in negative tax revenue for the Treasury.

How much are gambling winnings taxed?

There is no such thing as a tax on gambling winnings in the UK, and you don’t have to disclose any winnings to the HMRC.