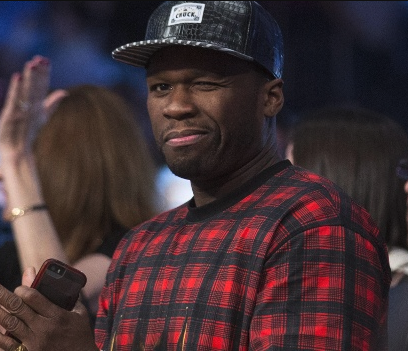 From owning luxury cars to buying ridiculously expensive real estate, it’s no secret that celebrities can spend millions in a single day. It is precisely this insatiable appetite for the good life that has drawn many international celebrities into the world of gambling.

Whether they’re award-winning actors or famous athletes, many superstars take up gambling as a hobby that matches their extravagant lifestyles. With more disposable income than most of us earn in a lifetime, stars often develop a passion for poker, blackjack, or sports betting. While some celebrity gamblers impulsively spend large sums of money without even realizing it, others learn how and when to wager, becoming professional players in the long run.

Here’s a rundown of the most popular celebrity casino lovers along with their biggest wins and losses.

Did you know that Michael Jordan’s fame extends beyond basketball’s hardwood floors to the felt tables of the world’s great casinos? On some occasions, this NBA player’s passion for gambling even became a threat to his basketball career. During the 1992 Olympic games in Barcelona, Jordan played poker every night, sacrificing sleep and jeopardizing the whole team’s chances of winning. According to a story that circulated during the 1993 NBA playoffs, he was also gambling in Atlantic City during his season with the New York Knicks.

When Jordan retired, some believed that the best player in the NBA had to leave the league due to his gambling habits. However, instead of admitting his gambling problem, MJ insisted that he only had a competition problem.

Michael Jordan the basketball star is best known for winning the NBA Championship six times and never losing a final. But Michael Jordan the gambler is remembered for losing $5 million at craps tables in Las Vegas and accumulating a $1.25 million debt on golf bets.

Nowadays, Jordan’s fortune surpasses $1 billion. Given his net worth, the former basketball player’s passion for gambling can be classified as a hobby he is well able to afford.

Ben Affleck is widely known for his skills at blackjack and poker. True poker fans may remember that the Academy Award-winning actor and filmmaker won the California State Poker Championship in 2004 and made an appearance in a World Poker Tour Final tourney the same year. A decade later, Affleck was winning so much at blackjack that the Hard Rock Casino staff pulled him away from the table. According to celebrity gambling stories, the Hollywood actor was banned from playing after winning close to a million bucks during just two visits.

Although he once won a whopping $800,000 in a single sitting, it’s also true that the gambling superstar has lost hundreds of thousands of dollars at a number of high-stakes poker games in Hollywood.

The most successful athlete in the history of the modern Olympic games has many talents outside the pool. Not only is the American swimmer famous for his 22 Olympic medals, but he’s also well known for participating in marathon gambling sessions across the country.

Upon ending his swimming career in 2012, Phelps started brushing up on his gambling skills. The former swimmer discovered his passion for online poker and first tried his luck with stakes as low as $1 and $2. Phelps quickly moved on to games with larger stakes, becoming one of the biggest celebrity gamblers. He won and lost hundreds of thousands of dollars both online and at brick-and-mortar casinos. As this hobby turned into a weekly habit, Michael’s family began to worry about his seemingly reckless gambling. Phelps has been playing poker for years and even claims to have met some of his dearest friends at the table.

Toby Maguire takes the game of poker so seriously that he has happily paid $17,000 for his own card-shuffling machine. Widely known for regularly winning $50,000 or more in a single sitting, this cinematic superhero sure knows how to spin a web around his gambling counterparts.

After taking some time to learn the game from professional player Daniel Negreanu, Maguire won the World Series of Poker. A source claims that the Spiderman actor has won as much as $10 million at poker.

But don’t be fooled – it isn’t all fun and games for celebrity gamblers. In 2011, Toby Maguire was suspected of being part of an illegal gambling ring, and even had to go to court.

Charles Barkley has never been the kind of player to hedge his bets. Quite the opposite – this NBA legend is known as an aggressive player both on the court and at the table. Keeping that in mind, it’s easy to understand how Barkley was able to gamble away $1 million in one day – not once, but almost 30 times. He once lost $2.5 million during a six-hour game of blackjack.

On the bright side, it is estimated that this gambler’s passion has earned him more than $10 million in winnings. That figure includes Barkley’s big wins on sports betting and poker.

As this list suggests, the world of professional poker is home to many players who have talents beyond the table. One of the greats among female celebrity gamblers is Jennifer Tilly – a poker pro, Hollywood actress, and voice talent. We can all agree that not many players can bluff like a professional actress and Tilly is no rookie at poker.

With decades of gambling experience, she has shared pots with both Hollywood stars and poker professionals. Tilly won the Ladies’ No-Limit Texas Hold’em event in 2005, which made her the proud owner of a WSOP bracelet. The famous actress has also made her mark on the Game Show Network’s Poker Royale, Celebrity Poker Showdown, and various World Poker Tour events. Overall, Tilly has racked up close to a million bucks over the course of her poker career.

Surviving nine gunshot wounds clearly didn’t use up all of 50 Cent’s luck. This famous rapper still has a knack for good odds. Just a few years ago, Curtis James Jackson III became a poster boy for the cryptocurrency boom. The rapper released his fifth album, “Animal Ambition,” and listed Bitcoin among available payment methods for fans. While Bitcoin sales brought him a few hundred thousand dollars at the time of release, those Bitcoins are now worth tens of millions of dollars.

The American rapper is also an avid sports bettor. Not only does 50 Cent like betting millions on pro sports such as football and boxing, but he also brags about his winnings on social media. As far as this celebrity gambler’s biggest betting wins go, he is rumored to have cashed in around $500,000 on an NFL game between the New York Giants and San Francisco 49ers in 2012.

Did you know that the man whose name is synonymous with golf is also a big-time gambler? Spotting Tiger Woods in Vegas alongside Charles Barkley and Michael Jordan is hardly a rare occurrence. Not only is the popular golfer a regular in casinos, but he can also give those basketball players a run for their money.

As the most popular golfer of all time, Woods was the face of the sport for decades. Although the last event that brought him a major trophy took place in 2008, the golfer’s net worth is estimated to be over $1.4 billion.

With so much money on hand, Woods has been known to play $25k hands of blackjack with million-dollar betting limits. With lifetime losses around the $50-million mark, Woods ranks high on the biggest celebrity gambling losses list. However, that’s hardly a big deal for a celebrity whose net worth extends to seven digits.

Any fan of British panel shows is sure to recognise this name. Victoria Coren-Mitchell, wife of Peep Show star David Mitchell, may be famous for her presenting and writing work, but she’s also an exceptional poker player.

Not only was Coren-Mitchell the first woman to conquer the European Poker Tour, but she was also the first player to win both a televised professional and celebrity poker tournament. Taking part in many high-stakes poker competitions, the popular TV presenter was also the winner of the 2014 European Poker Tour San Remo main event. As one of Britain’s top celebrity gamblers, Victoria Coren-Mitchell has more than £2 million in estimated poker winnings.

Where do celebrities gamble in Vegas?

Without a doubt, Las Vegas is the world’s most popular gambling destination for billionaires and superstars. Sin City’s luxury casino venues – Bellagio, Caesar’s Palace, and Palms, to name a few – are all happy to arrange poker, blackjack, craps, or roulette tables in a separate area to accommodate famous celebrity gamblers, whose main requests are high stakes and complete privacy.

What is the biggest gambling loss?

When playing poker, blackjack, or almost any other casino game, most celebrity gamblers go by one simple rule – go big or go home. While in some cases the risk pays off, in others it leaves you with nothing. Michael Jordan and Charles Barkley make for a great example, as both NBA legends have faced huge losses many times. But they have also won millions at a sitting.

Who is the richest gambler?

The richest among celebrity gamblers include famous athletes like Tiger Woods, Michael Jordan, and Michael Phelps, and award-winning actors and entertainers like 50 Cent, Jennifer Tilly, and Toby Maguire.